The Culture Shift Around Cheerleading at Milwaukie High School and Nationwide 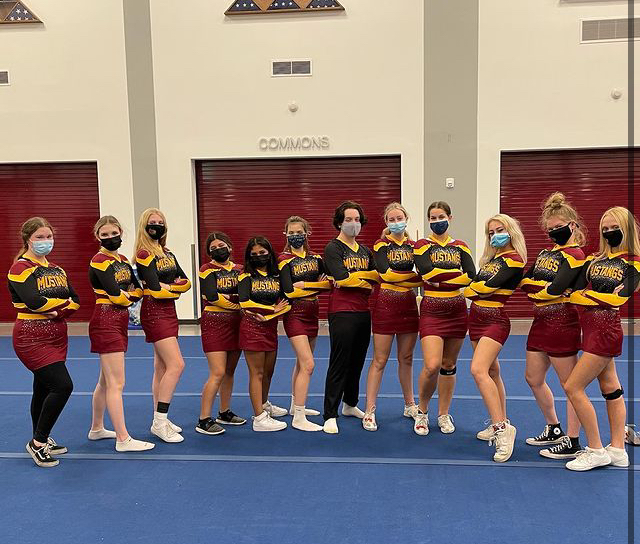 Ever since cheerleading officially became a part of America’s sport culture in 1948, females nationwide have been undermined for their efforts through discrimination based on body-type by being viewed, by some,  as accessories to professional athletic teams. Statistics report 3 out of 5 cheerleaders deal with sexual misconduct. Forced to mingle with drunken crowds, with no security, this often leads to unwanted probing and attention. The Dallas Cowboy cheerleaders–the epitome of success–were paid on average $8 per hour until a lawsuit against the FNL under the the equal pay act and fair labor standards act in 2019 increased it to $15 per hour. Weighed-in perpetually, the cheerleaders are kept on diets, overworked and undervalued.

Cheer is a sport that takes skill, practice and determination; core values all sports fans can agree on.

Could it have been all those high school movies that starred main characters of perfect aryan blood and long blond hair, which was tied up into swinging ponytails, hypnotizing all us girls into body dysmorphia and illusions of our own inadequacy?

It has been ingrained in us from the very beginning, but now social reckoning is ever rising and Milwaukie High School (MHS) cheerleaders are leading their sport in a new and more empowering direction.

“I think it has been a big thing on our team, to be assumed dumb, blond, skinny, white; I think our team as a whole really takes away from that stereotype,” says Jojo Mela, a cheerleader at MHS.

In the past few years we have seen a change in the ideals of sports culture. The fight for equal pay for women, as well as a demand for professional respect and black representation.

“I really like how encouraging our team is, we’re always bringing up other cheerleaders when they are upset about something, and we always encourage a teammate to learn a new skill,” says LaReina Canty, another cheerleader at MHS.

The future of cheer is up to the people on the teams and in the bleachers. And the direction they are leading us into is a world where cheerleaders of all shapes, genders and personalities come together to be a part of a team and hearten the people.

“When I think of cheerleaders I think it’s a lot of strong and empowered young people who come together as a family to support their community,” Mela says.

Moreover, who better poised to guide cheer into a brighter future than our diverse and open school team? With LGBTQ couple coaches and the enthused student members of MHS making the field a more inclusive and enriched space, the negative culture around cheerleading is progressing towards one of inclusion, community and diversity.