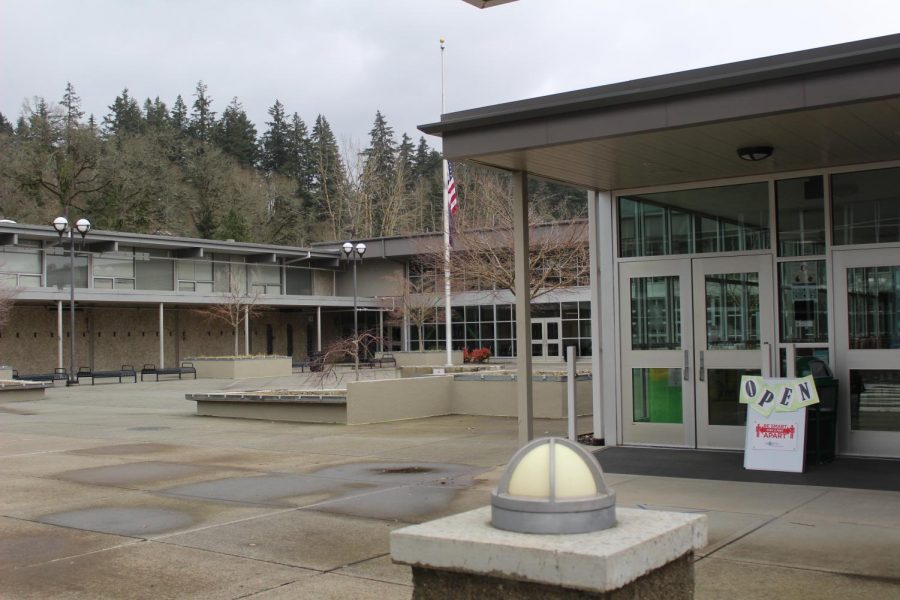 For students at Rex Putnam, this has been a school year like no other, but the return of school sports offers a promise of some normality as the school year begins to come to a close. All fall sports, which include football, girls soccer, boys soccer, cross country, cheer, dance, and volleyball, have resumed their practices and are currently about halfway through their shortened season. According to Rex Putnam Athletic Director Jesse Eveland, “all the seasons are cut short about 60-70% of what they were.” He went on to say that, “Everythings cut short just to get all three seasons done in the spring.”

This shortened season isn’t stopping athletes from competing, however, as almost all fall sports have finished about half of their games/competitions already. Football has played three games in total with three more weeks of games coming up, Volleyball and Soccer are both about halfway through their schedule, and Dance is currently preparing their competition routines to virtually compete next month.

While the return of practices and games does provide normality to an unusual school year, sports practices and competitions this year look much different than they did in the past. Mr. Eveland states, “We follow whatever the OHA and OSAA guidance is”. This guidance includes things like requiring athletes to wear masks during games/practices, making sure athletes socially distance themselves six feet apart from each other when possible, limiting the number of spectators allowed to watch games, and sanitizing things such as equipment, bathrooms, and chairs.

But these guidelines can be hard to keep up with as Eveland says, “These precautions are changing all the time, like every week, every few days OHA comes out with new guidance.” For example, he says that “As of a week and a half ago there were no spectators allowed, then they changed it when we were in a high-risk level to 120 spectators. We dropped to moderate, now we can have 150 spectators in the visiting stands and 150 spectators in the home stands.” He went on to say that, “I just got word today (Thursday, 3/18) that now that’s changing again to allow 25% of capacity for the stadium.”

With fall sports starting to wrap up, winter and spring sports are planning to start again soon. Basketball and Wrestling reentered the gyms this past week beginning workouts with tight restrictions on social distancing. Once their season begins some of these restrictions will be lifted, but until then they will continue to attend workouts to prepare for the upcoming season. Spring sports practices start on April 5th at Rex Putnam with games starting on April 12th.