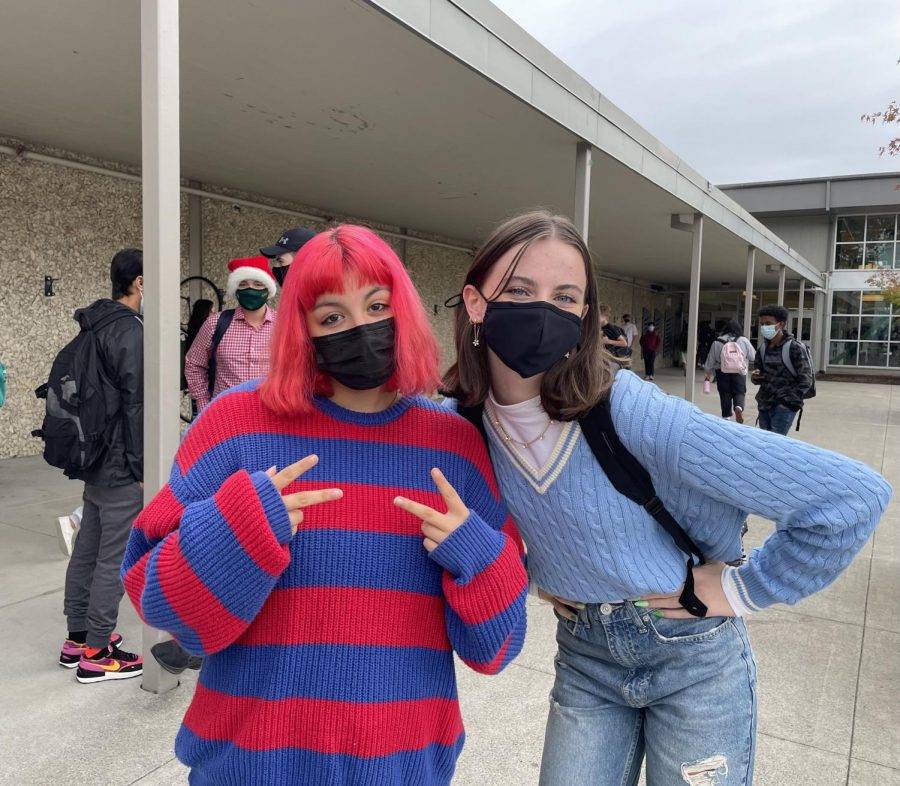 School dress codes are something of a controversial topic among both students and teachers. To teens attending high school, it seems like an uphill battle. Objectification has no place in a school where students come to learn and be comfortable in doing so. 55% of high schools throughout the US follow strict dress codes that often target female students and the teens of today see dress codes doing much more harm than they do good.

Although Rex Putnam High School does have a dress code that follows the standards districtwide, students are apparently finding it easier to follow making the school stand out from others in the area. They understand what boundaries they are not allowed to cross and because Putnam is lenient in its code, they respect it. The dress code is strict on pornographic images, hate speech imagery and, surprisingly, the confederate flag—which is progressive in and of itself. The slideshow presented to all students on the first day of school did not highlight ‘revealing’ clothing in its attire section. Not having to worry about the clothing that they feel most comfortable in would surely make it easier to learn throughout the year.

“I appreciate that our school doesn’t push a strict dress code, it allows me to express myself when I come to school.  I think a lot of people want to be different but are afraid of the consequences.” Scarlett Floyd, a student attending Rex Putnam expresses.  And this seems to be the consensus from most female students at Rex.

“I feel like even people that would like to follow a strict dress code, and maybe still do for themselves, feel like this is a cool thing for other people who maybe don’t. Most people have been supportive of it.”

Although Putnam was partially right on that account, another factor setting in that no one expected; not push back from the teachers or parents, but push back from students themselves. Over the first few weeks of this school year, students have begun to criticize their peers over the way that they choose to dress while attending school–like girls wearing sports bras and yoga pants. Of course, there are going to be people that find the way others express themselves to be too much. This is high school, so judgment is at an all-time high. But in any case, it is not their decision to make.

For the most part, students aren’t worried about what their peers think. However, it still leads you to wonder about those who want to stand out, but feel trapped by the opinions of those around them. The effect of their judgment may have a deeper impact on the people they surround themselves with than they think. The overall consensus is that the seemingly lenient dress code at Putnam is a progressive decision. Rex Putnam’s dress code has not been altered and will, apparently, continue to let the students attending have choice over their clothing.