An update on the competition following the ODE ruling against discrimination. 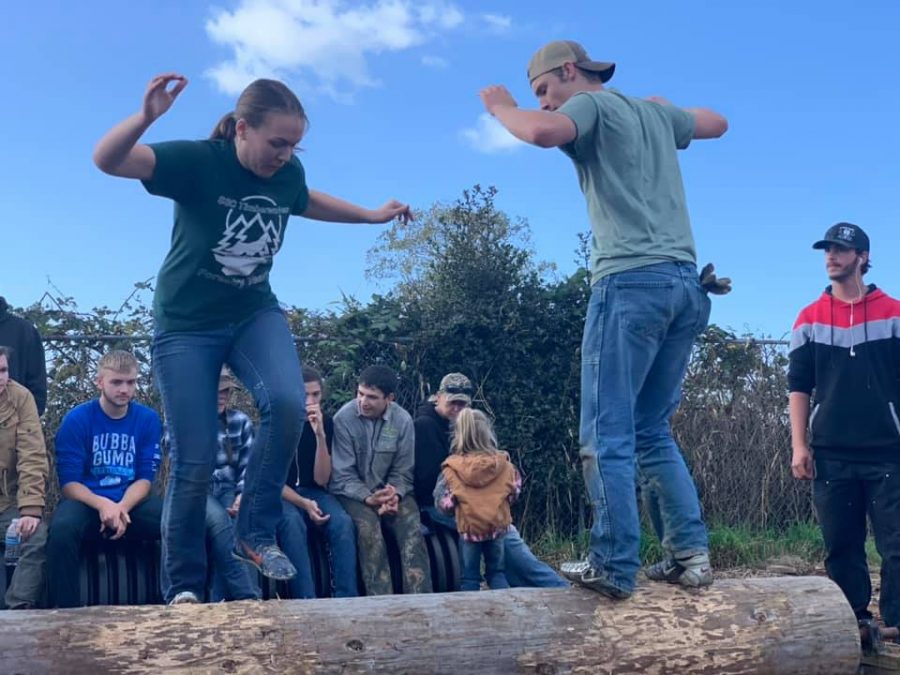 Despite the fact that four high school forestry teams boycotted, there was still a Forestry competition held on Saturday at Knappa High School. What was supposed to be the first time high school girls could compete against boys in the events, some teams chose to not participate.   Other schools that had been invited to the event were unable to attend but shared it had nothing to do with the boycott.  The event, which drew three high schools, has drawn anger from many in the Forestry leadership program around the state.  The changes come following reports of discrimination that surfaced this school year.

Representatives from the Oregon Department of Education were on hand at the event after their announcement late last month that the Forestry competitions, part of the Career and Technical Student Organization, were in violation of Title IX and had violated the civil rights of female students.

The schools that chose to boycott the event include Sweet Home, which has filed a lawsuit regarding the decision from ODE, Waldport, Philomath, and Clatskanie, which posted their decision on a Facebook page.

Due to lack of interest and the overall disdain for the recent title IX ruling, it was unanimously voted on by the girls and the boys supporting the girls, that Clatskanie Forestry will not attend the Knappa CDE this weekend. This does not reflect any bad feelings toward Knappa and their excellent program. We wish them luck this weekend.

The case involves SSC Forestry competitor Faith Vadelund, who felt she had reached her potential in the girl’s competition, which is also known as the Jill competitions.  She had asked to compete at the Jack level when some folks at the October competition reacted.

Karin Moscon , from the office of Civil Rights for the Oregon Department of Education, who was at the event, says “In public education, we agree that we are not going to discriminate mon the basis of race, color, national origin, disability, or sex.  And, so, anytime we treat somebody differently, based on any of those, then it really does count as discrimination.”

Faith’s sister, Grace, also competed in the event.  She placed 2nd in the now spur climbing (30 feet) in the Forestry CTE event and was the first female in the event to have her score count without being disqualified while competing in the Jack category.  Faith placed first.  They were the only competitors in the event.