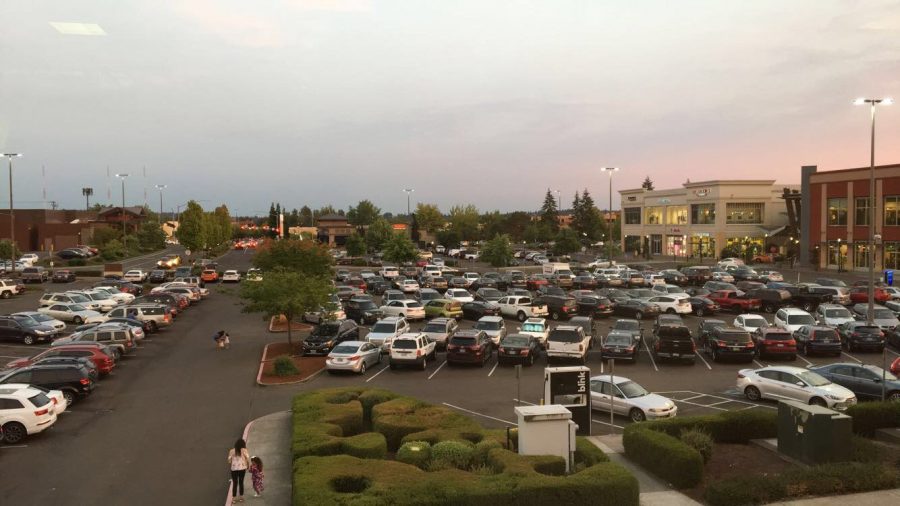 There are about 24.9 million people involved in human trafficking worldwide and 1 out of 3 runaways will encounter a pimp within the first 48 hours of running away (13 Sex Trafficking Statistics That Put The Worldwide Problem Into Perspective). Human trafficking has been an issue globally, as well as locally, for many years. The Portland Metro area is considered to be the city with the highest rate of juvenile sex trafficking in the United States, which is mostly due to the high number of homeless youth that roam the streets in the area (Slavery in Portland). There are many strategies and techniques that pimps use to lure young girls and boys to them, ranging from scouting them out in malls and hotels to catfishing on social media.

At Clackamas Town Center, pimps would go to the mall and look for kids that aren’t in school when they should be, the food courts being the main area of interaction. Amy Nord, a staff member in the counseling office of Clackamas High School, recently attended a training on sex trafficking and came back with the knowledge that “The number one way that they kind of attract girls and keep them is through love. Like they’ll find people who are vulnerable, who might have hard home lives. And then you know, they’ll do something nice for them, or give them lots of compliments, and the girls will fall in love with them. And then they’’ll do this because they love them.”

Another source of reaching young girls and boys for trafficking is through social media and texting in chat rooms. Apps that have been proven to be used for sex trafficking are Tinder, Instagram, Snapchat, Facebook, Kik, Whatsapp, and Discord. Teenagers tend to post provocative pictures on social media in order to gain popularity and followers, which leads to attracting recruiters.

Kristy Severin, a member of the Saint Mary’s Romanian Orthodox Church, shared a story about an anonymous friend that was a victim of sex trafficking. “My friend was sex trafficked in Clackamas Town Center, I know that she was 13 years old and she was abducted by a man. He told her that he was a family friend of the parents and that he wanted to go talk to her elsewhere because something had happened to her parents. And then she went with him outside and he put a rag over her mouth and stuck her in a van.” Severin’s friend was trafficked for 2 years before escaping. Her experience took a big toll on her life, dramatically affecting her mental stability. The occurrence is one of many that happen worldwide and are not being stopped.

Although sex trafficking is a very serious problem, a lot of people turn a blind eye to it and do not want to acknowledge that it is happening in their area. Amy Nord says, “There’s not a lot of officers being put on that in Clackamas. They said that most of the work was being done by two officers in their spare time, and they don’t have a lot of spare time. So there’s really not enough focus being put on it.”

The numbers of youth being pulled into sex trafficking indicates that the issue is spreading more and more. With little attention brought onto the subject, the tragic statistics will continue to increase throughout the years.