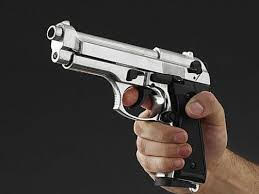 In 2012, a shooter walked into the Clackamas Town Center Mall in Clackamas, Oregon and shot and killed two people before shooting and killing himself. The victims of this shooting were Cindy Yuille, 54, and Steven Forsyth, 45. Jenna Yuille, Cindy Yuille’s daughter, is now a chief petitioner for Oregon’s Initiative Petition 44.

The measure, Petition 44, is the second gun- related measure that is going to be on the Oregon November ballot. Gordon R. Freeman from The Oregonian writes that Initiative Petition 44 calls for people to:

“Store and transfer their weapons with trigger locks or in tamper-proof locked boxes
Directly supervise any child who uses their gun
Report a lost or stolen gun to the police within 24 hours of when they knew or have known the gun was missing
Be fully liable for an injury caused with their gun, unless the injury results from self defense or defense from another person.”

This petition was made for people to be safe with their guns. Another policy of the Petition is that if any new ownership safety rule is broken it will result in fines. These fines will be up to 2,000 dollars per fine/violation.

When asked about this petition in an email interview, Jenna Yuille says “I do think it will be well received by Oregonians and it will also have an immediate impact because we have a very high rate of suicides in Oregon and especially amoung teeanagers… We also have a very high rate of accidental shootings when children get access to guns when they shouldn’t have them so by requiring people to be responsible for their guns, keep them locked up when they are not being used and to report them when they have been lost or stolen. We can help prevent these types of shootings from happening.”

Jenna Yuille hopes that this petition is going to make change and make people realise that they need to be safe with guns. These activists in Oregon and many other states want there to be change and they are doing something about it. They want people to be safer with weapons of war. Also, in order for their petition to be considered and put into effect they, the Chief’s and facilitators, need 88,184 votes or more on Oregon’s November ballot.