An Eagle Scout's rigorous journey through climbing the ranks. 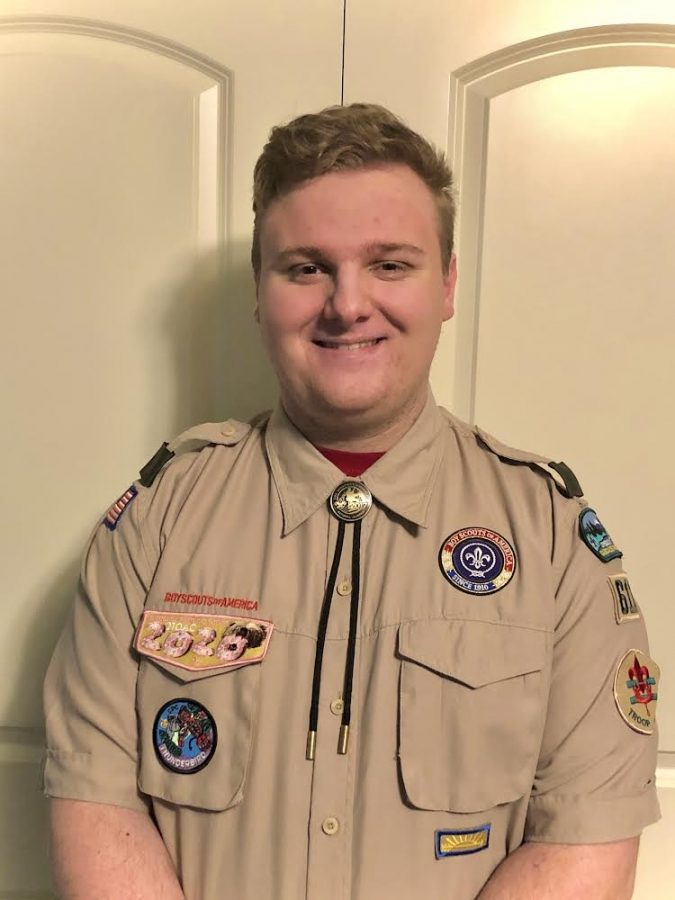 When you think of The Scouts of America, what comes to mind? Probably someone selling cookies, popcorn, or even a group of kids doing activities outdoors. It’s much more than that though. After having the opportunity to sit down and talk with Reed Carty, a senior at Clackamas High School who has recently achieved his Eagle Scout status, I found that there are many layers to the dedication and time it takes to become an Eagle Scout.

Carty originally joined the scouting program when he was very young and has stuck with it ever since.

“I believe it was either first or second grade when I joined scouts. And I joined actually because a friend of mine was in Scouts…So I joined Scouts to have something to do with him outside of class.”

Little did he know that this choice would forever change his life and impact him drastically in a positive way. However, it did make his life much more busy at times.

“My life definitely got busier when I joined the program.” Says Carty, “After a while, things didn’t seem all that different. It kind of just became the new normal.”

But the hustle of this isn’t for nothing. In the boy scouting program they participate in a lot of activities some of which include hikes, camp outs, and a lot of community service.  Achieving his Eagle Scout rank required a lot of time doing these activities to try and obtain merit badges. Currently, the Scouting program requires their young men to obtain 22 merit badges before they’re eligible for Eagle, 13 of which are required for all Eagle Scouts and the rest you can choose. Carty also explained that you have to spend time in a leadership position. All of this is followed by an extensive project.

This extensive amount of work isn’t for the faint of heart. Carty stated how many scouts leave well before they’re eligible for the eagle rank. According to the stats on scouting.org, only 8% of Boy Scouts achieve their eagle rank– Which in 2019 was roughly around 61,000 boys. Some of this is due to the fact that they age out of the troop before they can achieve this or they lose interest due to the amount of work they have to do, reflecting why the stats are so low.

In addition to the low number of scouts that achieve their Eagle rank. Carty is about to age out of the troop next year and expresses his concerns about the future of the scouts in his troop.

“Part of it is there aren’t enough guys,” Carty says. There’s also not enough parents willing to step up into leadership roles. “Well, I’ve felt like giving up so many times in the scouting program.” Carty explains. “The thing that kept me going was actually all the other guys that were doing it, it was like, I can get through this. They’ve been doing this for years.” He goes on by saying “I almost told myself to stop complaining in a way.”

Carty received his Eagle rank at the age of 15 and had his court of honor ceremony at 16.

“To be an Eagle Scout is to be more than just a kid in uniform. You have a responsibility as a scout and an Eagle Scout to help other scouts get to where you are and help other scouts in general.” Reed states. “It’s almost like it’s an obligation to be a better person, both in your community and in general. It, it, it’s not something that shouldn’t be taken lightly.”

To become an Eagle Scout takes many years and a lot of work but getting enrolled in a troop to begin the journey is very simple.

“A lot of it is just knowing what’s near you,” Carty says. “See what troops you might be interested in, and go visit, go to a meeting. You know, they’re more than happy to welcome a guest who is visiting the troop investigating. Then, talk to the scout masters, they’ll help you make sure that you get signed up for that troop, or you might just sign up with them there,” he continues. “Or it’s something as simple as going to the BSA website, and choosing the signup option. There’s lots of different ways to go about it but the most important one is finding the troop that fits you.”

“There’s a lot of stigmas and myths and such about scouts, and there’s a lot of things that go around that. People don’t realize it isn’t true. And as a sort of blanket statement. No, we are not a cult. No, we are not converting your children to be mindless drones or whatever we’re kids having a good time outside, half the time playing with sticks. You know it. It’s just something fun to get yourself outdoors, get yourself hanging out with friends and get yourself doing something fun.”

And it most definitely is worthwhile and meaningful once you’re able to say you did it and reach your Eagle rank just like Carty did.